Andrew over at Bloggedy Blog is working on a book titled Never Mind the Bibles, which he is publishing via a blog right here. It is an exploration of the theology of punk. I am intrigued with the opening portion of the book, and cannot wait to see it revealed to us over time. Read and enjoy!

My Brain is Feeling Dull

I can't think of anything coherent to write about. So I took another one of those quiz do-dads just to update my blog.

Overheard at My House This Morning

Thomas has his friend, Derrick, over. Overheard just now, in a complaining voice, "Thomas is using the force on me!"

I wish my son would be more careful when he uses The Force.

Denis Boyles has an excellent piece on the difficulties British reporters have when covering stories of a religious nature. Though the reporters may know how to write well, but when covering something complicated, such as the Pope's address to the Representatives of Science at the University of Regensburg, they report quite inaccurately.

We all know by now that Benedict quoted a 14th century emperor stating that Islam's violence is unreasonable. What we may not all understand is that Benedict's address was not necessarily about Islam, but about faith and reason. It was about the marriage between Hellenstic thought and Christianity, how this marriage has encountered difficulties over the years, and how Benedict believes that this marriage is the root of Europe.

The reporters, instead of covering what Benedict was really saying, chose to lift a little piece of a speech in which Benedict was quoting someone else. They then acted as ventriloquists for Benedict, attributing the 14th century emperor's words as Benedict's words.

As a pastor in the Presbyterian Church (USA), I can certainly sympathize with the frustration the Vatican must be feeling. Each time our General Assembly meets and passes a report, makes a statement, or proposes a change to the Book of Order, the American press butchers what has actually happened.

My question is this: Why can't reporters report accurately about religion? If a reporter is unfamiliar with Presbyterian polity, for example, why can't they find someone who is an expert to interview? It would take little effort for one to be found at a General Assembly meeting. Are reporters so hell-bent on getting a story out first, or on meeting a deadline that they neglect the responsibility to check their facts?

It really makes me wonder--if they don't report accurately in my area of expertise, are they also reporting inaccurately in areas in which I am not an expert? Why should I trust what the press says about anything?

Boo Boo Bear joins us for this week's Friday five focusing on injuries.

1) Are you a baby about small injuries? Indeed! I do not tolerate pain very well. I weep when I stub my toe.

Another example. I was in labor. I was in labor for more than 24 hours. When I came in, they took a blood sample. Fine. I was used to being poked and prodded throughout the pregnancy. Then, after 24 hours, apparently they wanted another sample. The meek nurses aide came in to take the sample. I screamed at her, "Haven't you taken enough blood from me!" She slinked out of the room. I later apologized.

3) Who took care of your boo-boos when you were a child? My mommy, with a kiss, bacteine, and a band aid.

4) Are you a good nurse when others have boo-boos? I try, but I hate blood. Being a Mom has helped in that regard. Isn't it funny how a band-aid will make a child stop crying?

Here is my response to the RevGalBlogPals Friday Five, for which I am grateful when I can't focus on what I need to write about.

David Letterman used to have a feature on his show called "Brushes with Greatness." Members of the audience would share stories of encounters with famous people. And so...

1. Tell us about a time you met someone famous.

When I attended Ashland University, I was an Ashbrook Scholar, which meant that I've met many politicians, policy makers, and other famous people who run in conservative circles--from Dan Quayle to Pat Sajak.

Having said that, I have met at least two people before they were famous.

I was a Girl Scout with Stefanie Eulinberg, and attended junior and senior high school with her--she graduated with my sister two years ahead of me. Stefanie is the drummer for Kid Rock. Interestingly, she did not play percussion in our high school marching band--she played trumpet. She was (and is) an awesome musician, and a very funny person. Everybody loved her.

I also went to junior and senior high school with Rebecca Pitcher, who currently plays Christine in "Phantom of the Opera" on Broadway. I didn't know her very well, but knew she came from a very musical family.

Oh, also--Jim Tressel grew up in my hometown. His brother taught at my high school. And, I have a dresser from his house that my mom bought at a garage sale.

2. Tell us about a celebrity you'd like to meet.

3. Tell us about someone great who's *not* famous that you think everyone oughta have a chance to meet.

David Wallace is not famous--yet. He was my husband's college roomate, and one of the deepest Christians I know. He is a professional viola player. His Julliard dissertation was about Texas Fiddle Music. He has a band called "The Doc Wallace Trio." Here is a link to some of his music.

4. Do you have any autographs of famous people?

In my possession, I have my son's autograph book from Disney World. We got most of the characters' autographs.

My wit and charm.

Bonus: Whose 15 minutes of fame was up long, long ago? Kato Kalin

I learned through the Wide Awake Cafe that bloggers are posting tributes to the victims of 9/11. The 2,996 Project is enlisting bloggers to remember a victim on their blog. 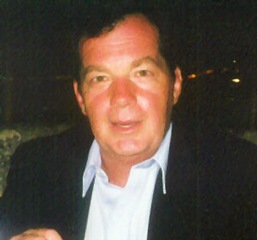 On behalf of this project, I am honoring the memory of Kenneth W. White, who died at the age of 50 in the World Trade Center. Kenny was a telephone technician working for the IPC Kleinknect Electric Company. This site includes remembrances from family and friends, who speak of his smiles, his jokes, and his loyalty as a friend, uncle, and father.

Here is what his New York Times profile says about him:

Whenever Ken White had a spare minute last summer, he was likely to head for his sailboat at the Richmond County Yacht Club in Staten Island. He had not had the boat long, and sometimes he and his wife, Catherine, would just sit on it at the mooring and talk and gaze at the Manhattan skyline.Mr. White, 50, was a telephone technician at Cantor Fitzgerald. When his four children were growing up, he coached Little League and soccer. He went to his daughter Kristen's dance recitals and cheered his daughter Allison at gymnastics.Mr. White met his wife at the United States Air Force base in Wiesbaden, Germany. She was a secretary, he a sergeant. They were married in her hometown in Ireland in 1973 and lived there for more than a year before settling in Staten Island. There were woods near their house in New York and he used to go in and gather wildflowers for her."Kennie was a hard-working guy," said Mike Campbell, his childhood friend and grown-up horseshoe league partner. "He was always competing with himself. He always liked to do better, whatever he was doing."

First Win of the Year!!!

35-12 over Northern Illinois University. Next week, it's the Longhorns. I'm going to put up my flag this week. I hope it doesn't curse the game.

Score One for the Hedgehogs

McFlurry containers were responsible for the deaths of many a hedgehog in the U.K. McDonald's has changed the lid so that hedgehogs can live free from the threat of starvation. This is OK with me, because I think hedgehogs look pretty cool. 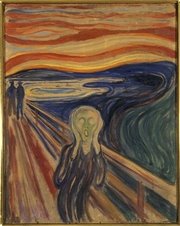 On The Road Again

A funny and fitting musical tribute to this week's Friday Five.

1. Driving: an enjoyable way to clear the mind? a means to an end? a chance to be quiet with one's thoughts? a necessary evil? the downfall of our planet and its fossil fuels? Discuss.

If I ever get kicked out of the pulpit, or decide to leave the pulpit, I would want to drive for a living. Turn on some music, or an engaging and humorous talk program, put your foot on the pedal, and go. I always take the long way, because I love to drive. When I'm driving alone, I can easily clear my head, enjoy the scenery (whether it is urban, suburban, or rural), and calm down.

About 15 miles or so outside of town, there is a strip of 2-lane highway that is being renovated. Only one lane is open. As a result, all day and all night, there is a guy they call the pilot driver. His or her job is to lead cars and trucks through the open lane. That would be a job for me--driving back and forth, leading others to safety. Hey, that's kind of a cool analogy for pastoral work, isn't it? We are kind of like pilot drivers when we are at our best.

2. Do you drive the speed limit? A little faster? Slower? Have you ever gotten a ticket?

Ever since I've gotten cruise control, I drive just a little faster than the speed limit.

Also, just after college, I got a car. I crashed it the first day I had it. That was the first ticket I ever got, and the worst one I ever got, too. Failure to yield.

I have not received any tickets since. Not telling how many hubby has gotten.

3. Do you take public transportation? When? What's your opinion of the experience?

Public transportation doesn't really exist here. When we visit east coast areas, we use public transportation. We loved using the train to get from Trenton to NYC this past New Year holiday, and my son and I loved the Subways in New York. Atlanta's MARTA is great. A great way to people watch.

Everywhere has the worst drivers I've ever experienced. I noticed that in our cross country drive this summer. No city is immune to poor driving.

Having said that, Dallas does have terrible drivers. The scary thing is that I've learned to drive just like them. My husband commented that I now drive like a Texan as I whipped through traffic on a Cleveland interstate this summer.

5. According to the Census Bureau, reverendmother's fair city has the 6th longest average commute in the United States at 29 minutes each way. How does your personal commute rate?

My commute is zero. The longest drive I make on a daily basis is to my son's school, which takes anywhere from 5 to 10 minutes. The church takes about two minutes if the light is green.

Bonus for the brutally honest: It has been said, and the MythBusters have confirmed, that cell phones can impede driving ability almost as much as drinking. Do you talk on a cell phone while driving?