This is a lot of fun. Hat tip to Dave at Atomic Dave.

Due to a Presbytery Meeting, the Friday Five has become an "Early Sunday Morning Five" here at Transplanted Buckeye. The RevGals are doing word association this week. A word is given, and we are to respond with either a word, a phrase, a story, whatever comes to mind. So here we go! BTW--all the words are from Job.

Whirlwind: A friend of mine once read this blog and called me a whirlwind. I still don't know whether to take that as a word of caution or as a compliment.

Foundation: The Church's One is Jesus Christ, her Lord.

Den: Den meetings can try my husband's patience, and mine as well.

Prey: What my cat leaves at the back door as a token of love.

The Man Who Made Me A News Junkie

Has died. Christopher Glenn, who was the voice of the "In the News" news snippets every Saturday morning on CBS, passed away at 68 years old. I remember watching cartoons, and then waiting with anticipation for Glenn's snippet to come on. He made news cool for my generation the way Schoolhouse Rock made math, science, grammar and American history cool.

This weeks Friday Five from the Rev. Gals webring is to describe the creature comforts we like best in the following five categories.

Diet Coke or Diet Pepsi. I do not discriminate against either.

OK, I have a few of these. The first is a very odd one. Sal Fisher, Brownie Scout. I've been reading this book over and over since I was about seven years old. I couldn't find an image to post here. And yes, I was a Girl Scout up until I was a Senior in High School.

The second one would be any of the Harry Potter books. Love them. Have read them over and over. Have taught lessons from them to the youth.

The third is obvious. This is the version I have used since 10th grade. I've worn out the first, and am on my second. The new one is cool and leatherbound. I also like the New American Standard version, but my Student Bible is NIV.

TV: What kind of girl who grew up in the seventies and eighties would I be if I didn't say "Little House on the Prairie."

CD: Too many to mention. Way to many. Way, way too many. I go in phases.

John Piper is Bad - the video

Any true Calvinist will appreciate this. 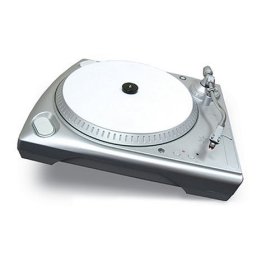 Here's something really cool I found on the Geeks are Sexy tech news website. It's a turntable with a USB connection so you can finally put your vinyl onto CDs! Hey, Santa! Are you listening? Here's a link to it at Amazon. Only $130! 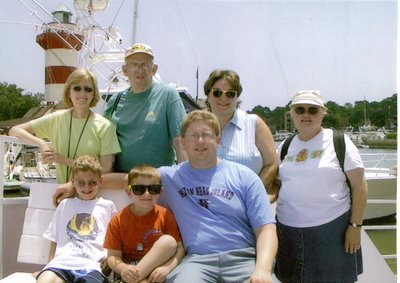 This particular picture was taken on the next to last day I saw my sister. I wonder how that vacation would have been different had we all known what would happen five months later.

Lora loved Hilton Head. She organized this vacation for my family, and we were blessed to spend so much time together that week.

Among other things, Lora loved being with family. She was painfully shy growing up. I remember her not even being able to call for a pizza. She became more bold in college, as the shy often do.

Lora was near the top of her high school class. She was bright and diligent when it came to schoolwork. She was always a favorite of teachers because she always did her work, and she never caused any problems in class.

As a wife and mother, she was wonderful. During those years of pain from scleroderma and lupus, I never heard her whine or complain about it. Her joints ached so badly in her last year that her son had to turn the key on the ignition for her. She volunteered as room mother at Tyler's school, and was supportive of her husband in every way.

A word about her husband, my brother-in-law. He was an excellent husband to my sister. He took care of her in every circumstance. They met in college, during their Freshman year. Lora was the Sweetheart of Dan's fraternity, and was chosen to ride in the homecoming parade her senior year.

Oh, my relationship with Lora was not without problems. We fought a lot growing up, as sisters do. But time healed much of that, and we were very close when she passed away. She gave child-rearing advice to me, and loved my son as her own.

Marking her birthday this year was easier than other years. I knew more how I would feel. I've become more open with more people about my grief, which continues. October 11th will always hurt. Yet I cannot help but be thankful that God blessed me with such a sister.

1) How old were you when you voted for the first time?

18. And I was very geeky about it, too. I wanted to vote something awful. A political junkie from elementary school (one of my earliest memories is the resignation of President Nixon), I thought it was unfair that I couldn't vote prior to then. I was informed, for goodness sakes! I was bummed that it wasn't a Presidential election year.

2) What was the contest at the top of the ballot?

U.S. Senator for the state of Ohio. John Glenn. He won easily. The biggest complaint his opponent had was that he hadn't fully repaid his debts following his failed Presidential run in 1984.

3) Can you walk to your polling place?

4) Have you ever run for public office?

My grandfather, however, was a long-serving elected Clerk of Courts. Prior to that, he was a councilman. I think my pride in him was responsible for the political bug biting me.

5) Have you run for office in a club or school or on a board?

Never voluntarily. I was rush chair in my sorority. I was elected to that. Oh, I was elected Vice-Moderator of my previous presbytery, but received a call before I was "promoted" to Moderator (for non-Presbyterians out there, that's kind of like being President). I try to avoid elected office if I can. At least until my son grows up a little more.

This is my favorite Pete Townshend song. I've even used it in sermons. Enjoy.

Lord of the Rings by George Lucas

George Lucas is skewered in this funny video.

I'm thankful to Counseling Kevin for posting a link to one of his friend's blogs concerning October being Lupus Awareness Month.

My sister, Lora, had this disease (in addition to scleroderma). When she was diagnosed with the disease, I knew little about it, and I wasn't aware of anyone suffering from it.

As many of you know, Lora is gone now. Her birthday is coming up October 11. Please say a prayer for her widower, her son, my mom and dad, my brother, myself, and our families. We still grieve.

I'm hoping next week to share some stories and photographs as blogtherapy.